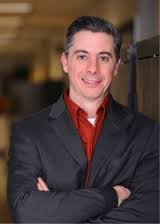 Dr. Marco J. Castaldi is the Director of EEC|CCNY and is an Associate Professor of the Chemical Engineering Department at City College of New York.  Dr. Castaldi is a globally recognized expert in the field of waste to energy and specializes in the field of combustion and catalysis.  Prior to academia, Dr. Castaldi worked in industry for 8 years as an R&D engineer and then as a manager at Precision Combustion Inc.  Dr. Castaldi has a Ph.D in chemical engineering from the University of California and to date, he has approximately 60 peer-reviewed research articles, 32 peer-reviewed conference papers, 3 book chapters, and 11 patents in the fields of catalysis, combustion, and gasification. 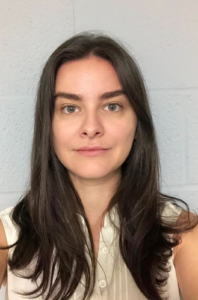 Anjeza Arapi is a Masters student in the Environmental Engineering program at The City College of New York. She is currently working as a Resident Research Associate at the Earth Engineering Center and the Combustion Catalysis Laboratory. Her current projects include collaboration with the American Society of Mechanical Engineers on how pollution emissions limits should be established and studying the mitigation effects of sulfur compounds on the formation of halogens in waste to energy plants. Her previous research experience includes climate change studies at the National Aeronautic and Space Agency and urban atmosphere profiling with NOAA-CREST. Her work with NOAA-CREST resulted in a published paper entitled “Intra-continental wildfire smoke transport and impact on local air quality observed by ground-based and satellite remote sensing in New York City” featured in Atmospheric Environment journal. 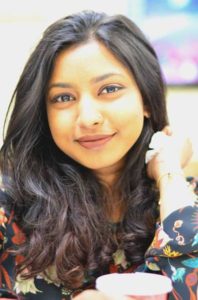 Tasnuva Moutushi is a Research Associate at EEC|CCNY. She obtained her B.E. in Chemical and Molecular Engineering from Stony Brook University and is currently a PhD candidate in The City College of New York. At present she is involved in landfill gasification and waste-to-energy ash utilization projects. Her research interests include catalysis and sustainable waste management. 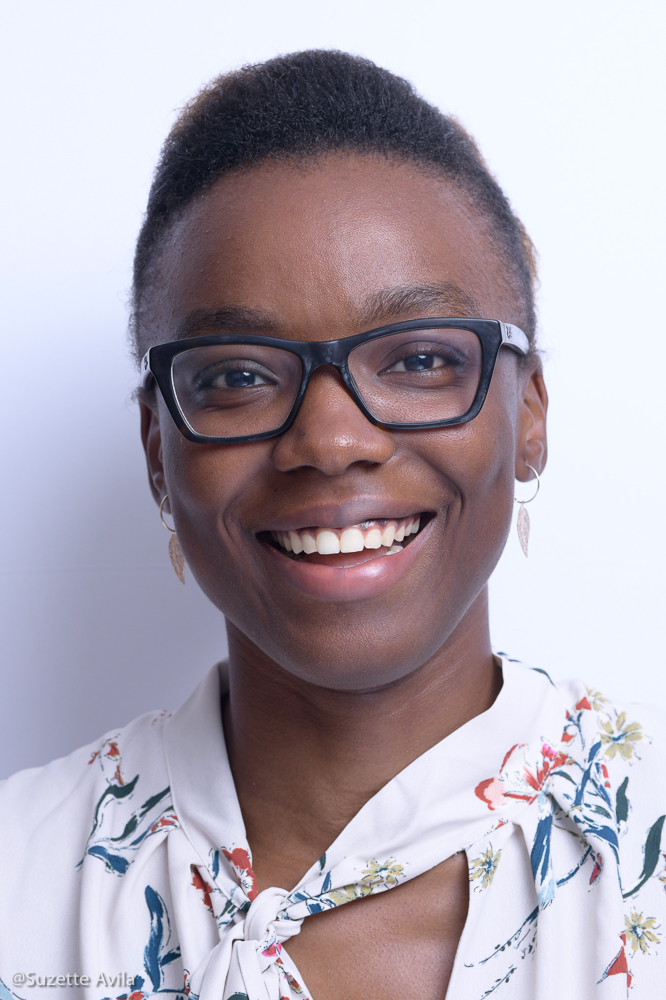 Sandrine, is a senior chemical engineering student at the City College of New York.  She is currently investigating methods for stack opacity reduction in waste-to-energy plants. Her main area of interest is the conversion of biodegradable waste into useful resources through hydrothermal treatment.

Jasmine, is a senior pursuing a bachelor’s degree in Chemical Engineering at CCNY. She is currently involved in a combustion project in which she is testing and characterizing two reactors. 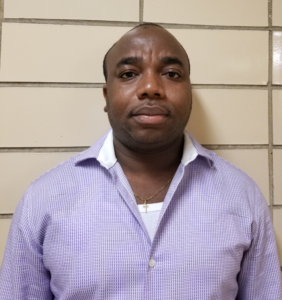 Comlan, is a senior chemical engineering student at CCNY. He is interested in bio-waste to energy, more specifically on how to treat municipal and agricultural wastes to reduce environmental waste. 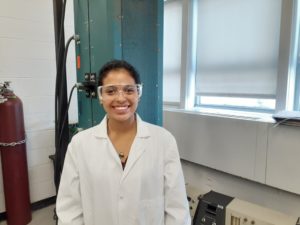 Connie, is a junior chemical engineering student at the City College of New York.  She is currently working on Hydrate testing with Methane and Carbon Dioxide, high pressure testing up to 700 psi, and the use of DAQ and gas chromatographer to observe methane-hydrate formation 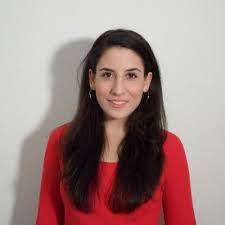 Demetra Tsiamis is the Associate Director of the Earth Engineering Center at City College of New York (EEC|CCNY). Ms. Tsiamis manages the applied research programs at EEC|CCNY sponsored by operating companies and industry consortia in the field of sustainable waste management and conversion. She is the lead engineer on several technical due diligences and has led research programs on waste conversion for companies and organizations such as Covanta and the American Chemistry Council. Ms. Tsiamis is also involved in the development of waste education and public outreach efforts of EEC|CCNY and has helped form research partnerships with government agencies and municipalities, one of which is the Department of Sanitation in the City of New York.

Ms. Tsiamis received an M.S. in chemical engineering from Columbia University and a B. E. in chemical engineering from The Cooper Union with a minor environmental engineering. Her Master’s thesis at Columbia University under the co-advisement of Professors Nickolas Themelis and Marco Castaldi investigated the technical feasibility of commercial pyrolysis technologies in the treatment of New York City’s non-recyclable plastics. Prior to joining EEC|CCNY, Ms. Tsiamis worked as a field engineer for Langan Engineering and Environmental Services in New York. Her expertise is in thermal conversion of waste with a focus on gasification and pyrolysis of non-recyclable plastics. 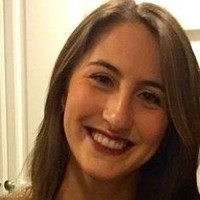 Ms. Valentina Rappa is a Research Associate at EEC | CCNY. Ms. Rappa is an undergraduate majoring in Earth System Science and Environmental Engineering at the City College of New York. She has previous experience with remote sensing techniques through her work with NOAA, while Ms. Rappa’s more recent work has focused on optimizing energy consumption within the activated sludge process at wastewater treatment plants. Ms. Rappa’s work with the EEC focuses on analyzing the potential of the reuse sector in New York City. 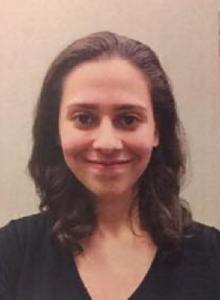 Nannette is a chemical engineering senior at the City College of New York. She is currently investigating methods to repurpose processed ash waste in construction market products. Her main area of interest in sustainable waste management is to reduce the environmental impact of landfills through pyrolytic conversion of waste into useful resources. 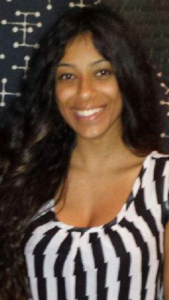 Grace Correa is a senior at the City College of New York. She attends the Grove School of Engineering and is currently studying in the field of mechanical engineering pursuing a Bachelor’s Degree. As of now, she is conducting research regarding plastic waste fuel efficiency and emissions in a gas turbine engine at EEC|CCNY. Her interests include renewable energy in internal combustion engines, as well as armament research and development. 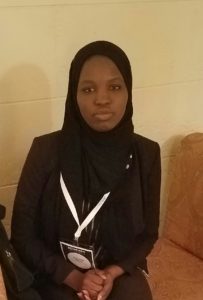 Yaye Anta is a senior pursuing a chemical engineering degree at The Grove School of Engineering at CCNY.  Her love for chemistry dates back to her early years of highschool in Senegal, West Africa, Her passion for engineering led her to the United States three years ago. Yaye Anta is very interested in new ways of creating energy and natural gas. She is currently working in the EEC|CCNY lab where she helps with analyzing gas samples via Micro-GC and GCMS.  Yaye Anta is also involved in the DSNY Reuse Assessment Project. 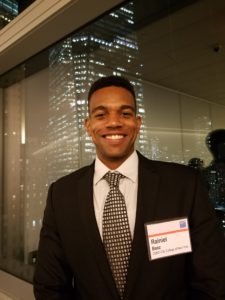 Rainiel is a senior studying chemical engineering and minoring in chemistry and math at CCNY.  He is currently involved in the DSNY reuse sector assessment project, corrosion investigation, and plastics pyrolysis research  at EEC|CCNY.  His areas of interest in sustainable waste management are: corrosion (material science), landfills, and biomass. 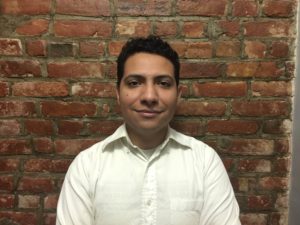 Joseph is a senior chemical engineering student at CCNY.  He is interested in bio-waste to energy, more specifically on how to treat municipal waste in large metropolitan areas to reduce the waste’s environmental impact. 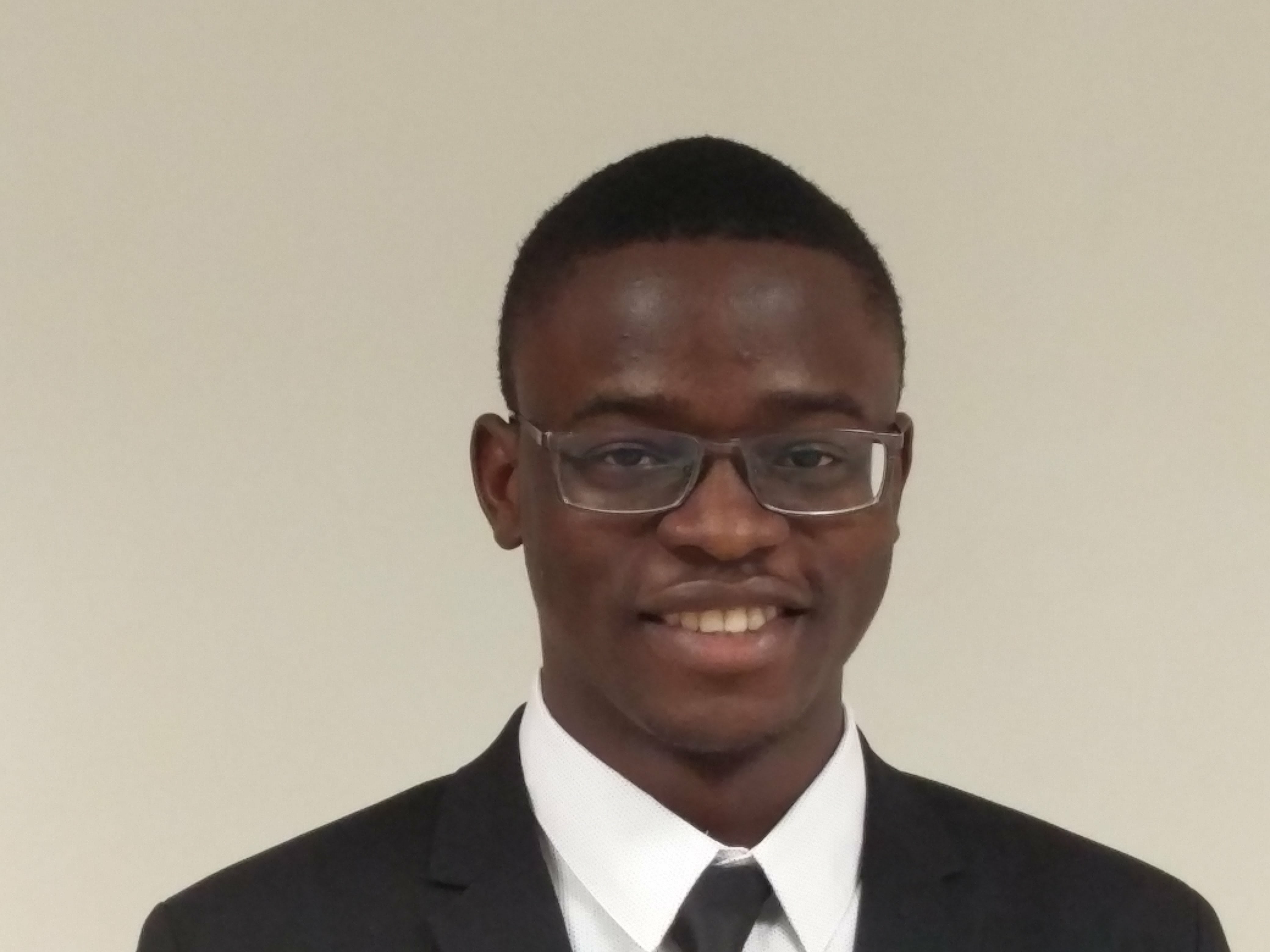 Riliwan Sanni is a former Research Associate at EEC|CCNY. He obtained his B.E. in chemical engineering at the City College of New York. He is interested in practices that will make earth more sustainable and that led him to join EEC|CCNY. He is currently part of the SWPS research team that is studying a process that will convert wet waste to useful energy. 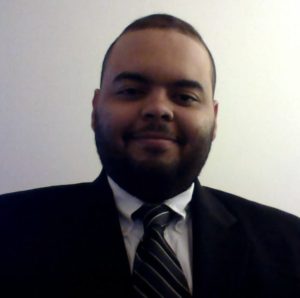 Mr. Michael Lugo is a former Research Associate at EEC|CCNY. Mr. Lugo obtained his BS and MS in Chemical Engineering from the City College of New York. His thesis project involved the characterization of the kinetics of the steam – methane reforming reaction performed using a new type of catalyst. Mr. Lugo has experience with facility design, building and characterization. 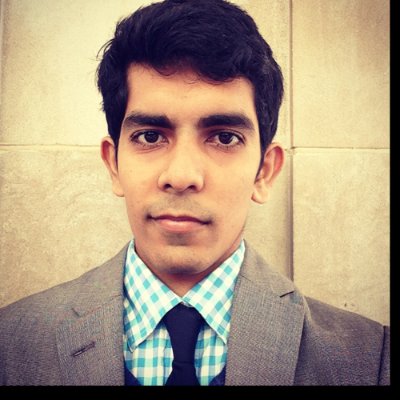 Mr. Deepak K. Sharma is a former Research Associate at EEC|CCNY and is currently pursuing a PhD at the University of Perugia in Italy. Mr. Deepak Sharma obtained his B.E. in Chemical Engineering from University of Pune, India and M.E. in Chemical Engineering from City College – CUNY. During his master’s he worked on a thesis focused on Municipal Solid waste (MSW) Diversion from Landfills: Recycling and Waste to Energy facilities. His research interests include analyzing ash from multiple WTE facilities and developing suitable treatment methods for ash utilization, analyzing and testing alloy formulations for high temperature corrosion resistance in various corrosive environments. He was also heavily involved in various projects with the EEC|CCNY team. 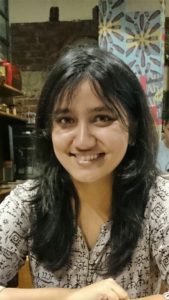 Shalmali Bapat is a former Research Associate at EEC|CCNY. She obtained her B.E. in Chemical Engineering from the University of Mumbai and MS in Chemical Engineering from the Columbia University. During her time at EEC|CCNY, she was involved in corrosion and gasification projects. Shalmali is now pursuing her doctoral studies at the Institute of Combustion and Gas Dynamics – Reactive Fluids, University of Duisburg, Germany. 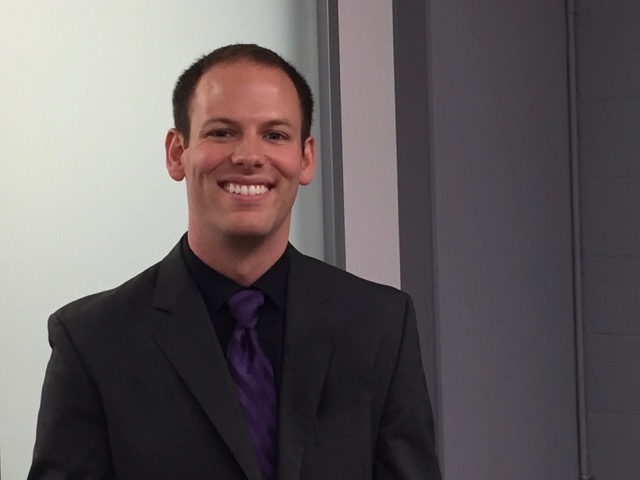 Dr. Stephen Crowley completed his Ph.D. in chemical engineering at CCNY with a focus on the catalytic reforming of oxygenated fuels in 2016. Prior to joining the team at CCNY he performed analytical chemistry research at Takeda Pharmaceuticals after completing bachelor’s degrees in chemistry and mathematics at the College of the Holy Cross in 2009. His research interests include the development of novel catalytic materials for increased efficiency in the production of renewable fuels, specifically in waste-to-energy (WtE) applications. During his time at EEC|CCNY, Dr. Crowley conducted numerous gas and liquid characterizations for EEC|CCNY collaborators and oversaw daily laboratory activities. 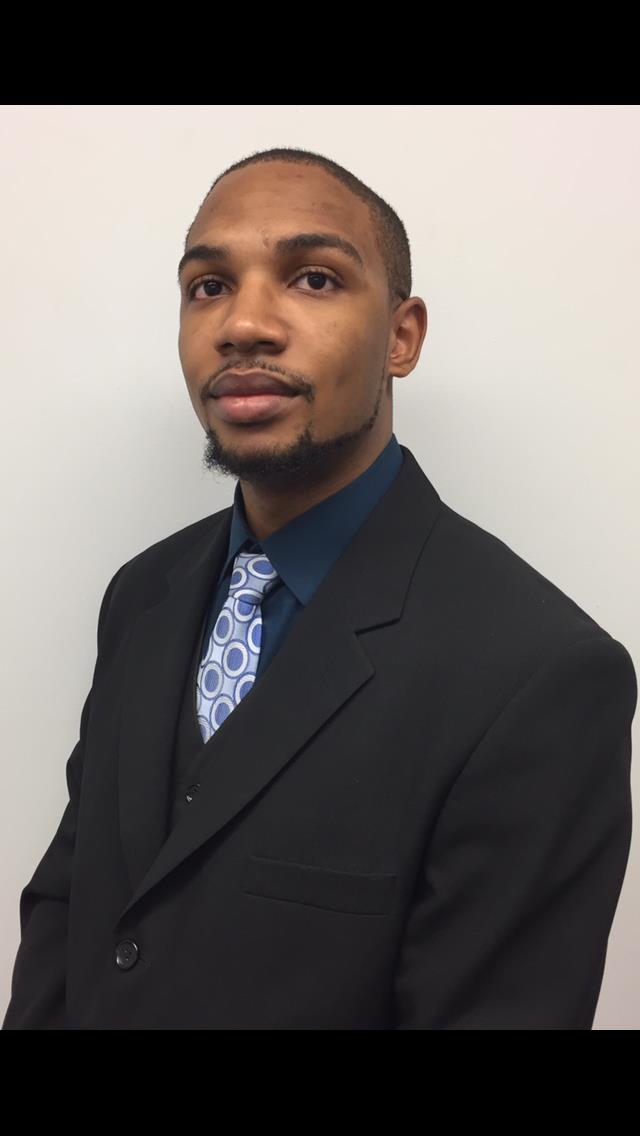 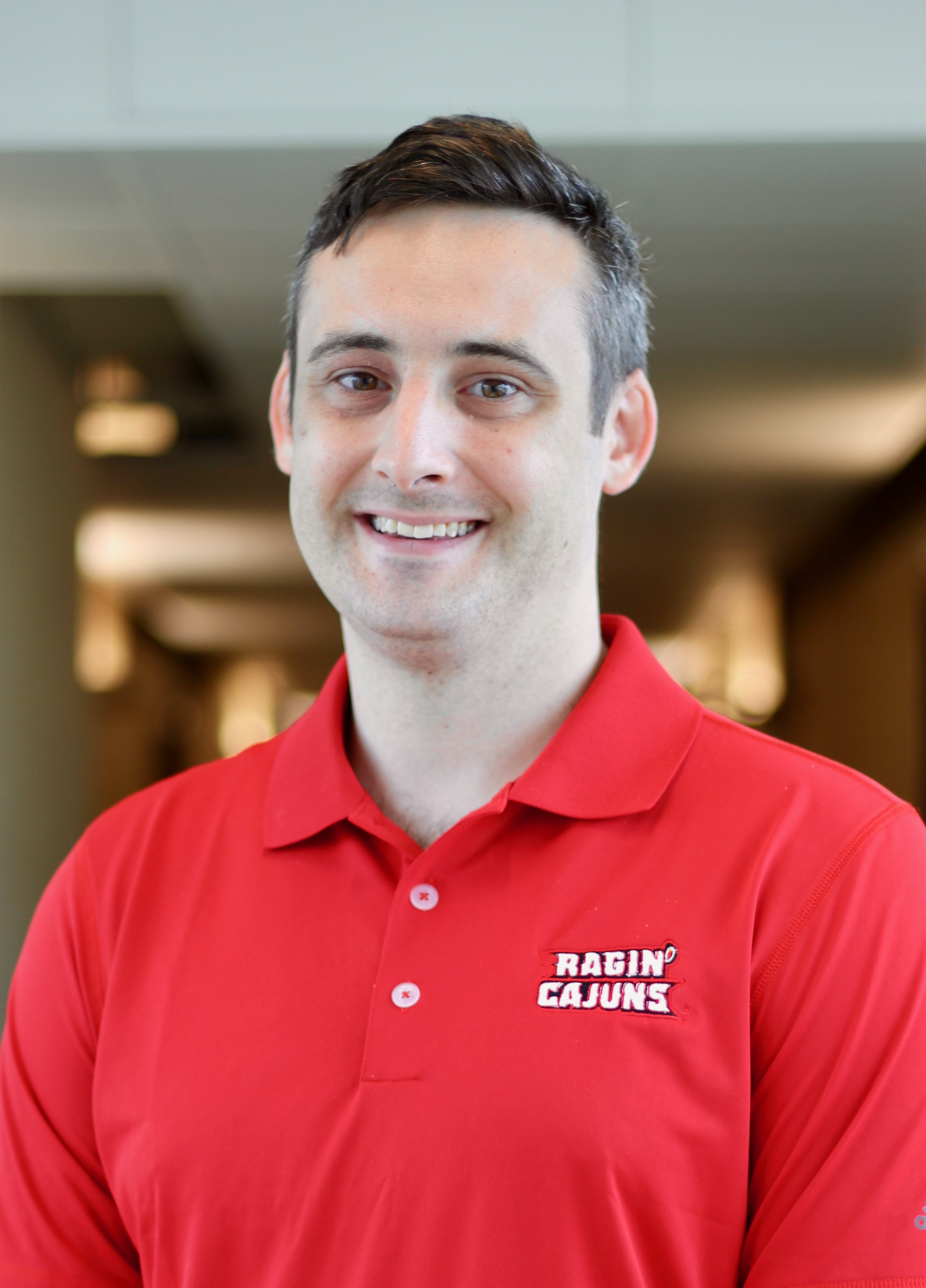 Dr. LeBlanc is an instructor in the Chemical Engineering department at the University of Louisiana. His area of expertise is in the field of thermal conversion technologies, such as pyrolysis and gasification. Dr. LeBlanc has worked on a variety of industry-funded and federal government research projects, examples of which can be found published in peer-reviewed journal articles or conference proceedings. In addition, Dr. LeBlanc has professional experience in both process design and product development. Dr. LeBlanc received his Ph.D. in Chemical Engineering from the City College of New York in 2016. 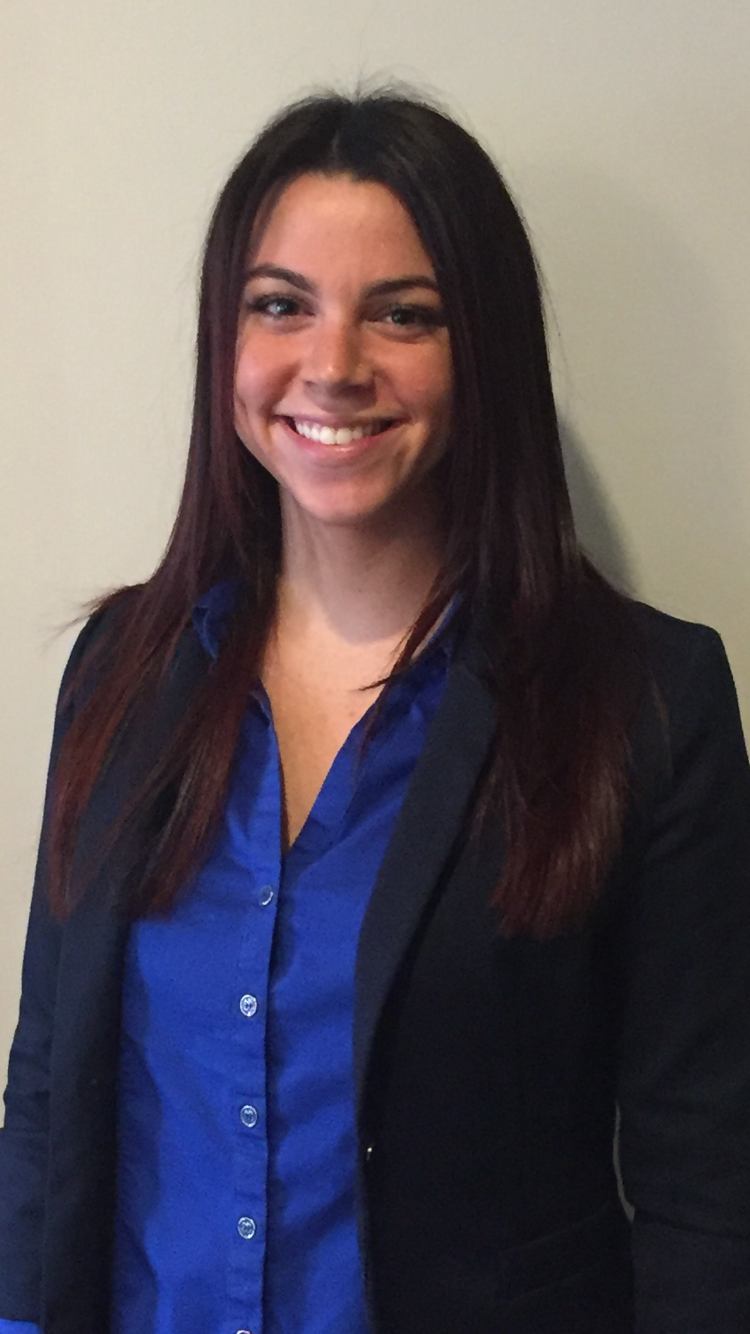 Annette is a recent graduate of the environmental engineering program at the CCNY and had been a member of EEC|CCNY since April 2016.  Annette worked on various projects at EEC|CCNY including landfill waste characterizations and market analysis on the reduction of sulfur emissions from marine vessels.  Annette now works at the engineering consulting firm, HDR, as an environmental consultant focused on landfill gas recovery.

Melissa Torres is a recent graduate of the chemical engineering program at CCNY and was a member of EEC|CCNY since August 2015.  Her research at EEC|CCNY included the use of non-recyclable plastic as an energy source  and metal recovery from multi-layer plastics packaging.  Melissa also was involved in the pilot scale and prototype testing of the SWPS wet waste gasifier.  Melissa now works at Corning.